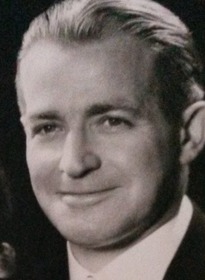 Memorial Candles Lit for Leonhard | SEE ALL
Click to Light a Memorial Candle for Your Loved One
"We are honored to provide this Book of Memories to the family."
— Heinz Funeral Home
Service Details
& Obituary View
Tributes Leave a
Condolence Light
a Candle More

When
Saturday, July 15th, 2017 1:00pm
Location
St Peter's Lutheran Church
Address
County Rd MM Lebanon, WI 53047
Map & Directions
Text Me Directions
×
Text Me Directions
Get directions to the event directly to your phone
Share on Facebook
Service Extra Info
Friends and Family may call at the church beginning at 11am until the time of service.

Leonhard Staerk, a longtime resident of Lebanon, died peacefully surrounded by family on Monday, July 10, 2017, at his residence in West Bend.

He was born the youngest of three on May 19, 1930 to Engelbert and Elisabeth Staerk in Kesswil, Switzerland and grew up in Konstanz, Germany. After going to trade school and serving an apprenticeship in Germany, he graduated as a journeyman tool and die maker.

Always one for adventure, he immigrated from Germany in 1953 aboard the USS America to head to the USA, eventually obtaining his American citizenship while serving in the U.S. Army from 1956-1958. He labored in his trade at various jobs but especially enjoyed his time at the Boeing Company and Johnson Controls, retiring in 1996.

He married Erika (nee Fehling) in Dortmund, Germany and together they lived in Washington state and Wisconsin, enjoying his seven children, and eventually settling in their longtime home and community in Lebanon. His family meant the world to him and he was thankful for the many friendships, new and long-standing, that were present throughout his life.

Funeral Services will be held at 1 p.m. on Saturday, July 15, at the St. Peter’s Lutheran Church in Lebanon with the Rev. Douglas Bergelin officiating. Family and friends may call after 11 a.m. at the church until the time of services. Burial will take place in the parish cemetery. In lieu of flowers, donations may be directed to the Lebanon Historical Society. Hafemeister Funeral Home and Cremation Service of Watertown is serving the family.

Obituary and service times shared with permission by the Staerk family.
Print
Share on Facebook
Light a Candle

© 2017 Heinz Funeral Home
In the event that there is an error in the information presented, please contact the funeral home by clicking here.