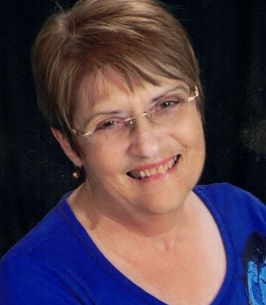 Share this tribute
Memorial Candles Lit for Donna | SEE ALL
Light a Candle
"We are honored to provide this Book of Memories to the family."
— Heinz Funeral Home
Funeral Details Memory Wall Photos & Videos

Print
Donna L. (Jenkins) Boatman, 78, of Carlinville passed away Wednesday, November 21, 2018 at her daughters home in Carlinville. She was born September 22, 1940 to Lowell and Gwendolyn (Bivin) Jenkins in Carlinville, IL. Donna married Harold Boatman in 1969 and they later divorced but remained close.

She is preceded in death by her parents and brother, Kenneth Jenkins.

A visitation will be held Friday, November 23, 2018 from 4-8pm at the Carlinville United Methodist Church.

A funeral service will be held Saturday, November 24, 2018, 10am at the Carlinville United Methodist Church.

Memorials may go to the Carlinville Public Library or Macoupin Co. TAILS.

We encourage you to share any memorable photos or stories about Donna. All tributes placed on and purchased through this memorial website will remain on in perpetuity for future generations.

LD
I just heard of Donna's passing. I am so very sorry I missed it and very sorry to hear of her passing. Donna was such a fine friend as well as a cousin. I loved seeing her smile and hearing her laugh. May you all find comfort and peace. God Bless!
Loretta Dodd - Sunday December 02, 2018 via Condolence Message
Share This:

MM
Donna was a very special friend and will be missed by everyone who knew her. I'm so sorry for your loss - She was one of my favorite people and I'll always treasure our friendship. My deepest condolences -
mary ann maltby - Thursday November 29, 2018 via Condolence Message
Share This:

K
I am very sorry for your loss. I am praying for strength and peace during this difficult time. I just wanted to share Psalm 34:18- he is near to those broken-hearted. Again my condolences.
Karen - Monday November 26, 2018 via Condolence Message
Share This:

JR
Char and family : So sorry for your loss. May you find comfort in family, friends and good memories. God Bless.
Joy Robinson - Friday November 23, 2018 via Condolence Message
Share This:

CM
She was such a sweet lady and always took time to talk to you. Our condolences to the family.
Charley & Carol Monetti - Friday November 23, 2018 via Condolence Message
Share This:

JL
Donna was a fantastic lady that I will never forget. She had a good heart and I never saw her without a smile! And when we did see each other, we would talk on and on. I'll truly miss running into her around town.

DD
So many wonderful memories of a wonderful lady. Our thoughts and prayers to Harold, Char and the rest of the family.
Don & Kathy Dugger - Friday November 23, 2018 via Condolence Message
Share This:

LM
Such a nice lady. Is he will be missed.
Lisa Montgomery - Friday November 23, 2018 via Condolence Message
Share This:

DM
Donna was such a sweet person and she will be missed. Our sympathy to her family.
Dick and Alice Morse - Thursday November 22, 2018 via Condolence Message
Share This:
1
Page 1 of 1
Share
×

Connect with families at their time of loss. By subscribing to email updates, you will receive two daily updates containing all new stories, photos, candle lightings, condolences, and more.