To share your memory on the wall of Michael Eller, sign in using one of the following options:

Provide comfort for the family of Michael Eller with a meaningful gesture of sympathy.

Cremation rites have been accorded and no services are planned at this time.

Memorials may go to his family.
Read Less

Print
No Services are planned at this time. A celebration of life may take place at a later date.

We encourage you to share your most beloved memories of Michael here, so that the family and other loved ones can always see it. You can upload cherished photographs, or share your favorite stories, and can even comment on those shared by others.

Posted Jan 17, 2019 at 05:34pm
My thoughts and prayer are with the family and friends. I just wanted to share Psalm 34:18 - he is near to those brokenhearted. Again my condolences.
Comment Share
Share via:
K

Posted Jan 17, 2019 at 05:34pm
My thoughts and prayer are with the family and friends. I just wanted to share Psalm 34:18 - he is near to those brokenhearted. Again my condolences.
Comment Share
Share via:
MH

Posted Jan 17, 2019 at 03:17pm
Paula I am so sorry to hear of your loss. I worked with Mike at Cynmar. He was always so kind and helpful. Keeping you and your family in my prayers. Melinda Huff
Comment Share
Share via:
A

Posted Jan 16, 2019 at 06:51pm
Wow. I've been gone from Cville for five years. I often saw Mike around town but usually at the Post Office. He was always kind and glad to stop and visit a bit. I grew up with Mike, Terry and Billy. They are a part of my childhood.I am so sorry for your loss. .
Comment Share
Share via: 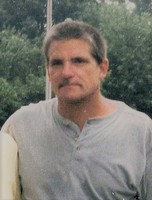 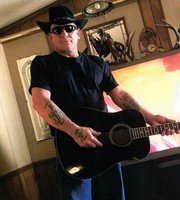