To share your memory on the wall of Mary Brownfield, sign in using one of the following options:

Provide comfort for the family of Mary Brownfield with a meaningful gesture of sympathy.

Mary was a devoted preacher’s wife, assisting with many church functions including singing in the choir. She had a beautiful voice and sang in choirs all her life. She was a homemaker until her children were older, when she attained an Associate Degree in Child Development and worked as a Child Care Provider. Mary loved flowers, gardening, studying maps, reading, and the church. She taught Sunday school, and was devoted to Bible Study all her life. In their retirement, Dick and Mary delighted in travel in the US, Europe, and Africa. They enjoyed bicycling, especially on their bicycle built for two.

Mary and Dick had 3 children. Mary Susan and Dick passed away as young adults. One daughter remains, Jane (Scott) Reichmann of Carlinville, IL. She is also survived by 2 grandchildren; Dinah Jane Hutson of San Antonio, TX, and Luke Hutson of Austin, TX; a sister-in-law, Suzanne Adams of Amery, WI, and many nieces and nephews.

There will be a Celebration of Life at Heritage Manor in Carlinville, IL on Friday, February 22, 2019 at 2:30pm in the dining room. Interment will be at a later date in the spring. Heinz Funeral Home is in charge of arrangements.

Memorials may be made to the The Preacher’s Aid Society of Illinois, Carlinville United Methodist Church, or St. Jude’s Hospital for Children.
Read Less

We encourage you to share your most beloved memories of Mary here, so that the family and other loved ones can always see it. You can upload cherished photographs, or share your favorite stories, and can even comment on those shared by others.

Posted Feb 23, 2019 at 08:46am
Please accept my sincere condolences for the loss of your loved one. I hope words in John 6:40 will bring comfort during this difficult time.
Comment Share
Share via:
RP

Posted Feb 22, 2019 at 03:38pm
We met Mary and Dick when we lived in Charleston, Illinois. Dick was the senior pastor of the church where we were married in 1968. Sue was our daughter's best friend and classmate. Our paths diverged, but they all remained in our thoughts over the years. We extend our condolences to Jane and her family. Love, Karen and Roger G. Perkins
Comment Share
Share via:
PK

Posted Feb 22, 2019 at 09:11am
Mary was so gracious to me when I was at Heritage. I felt like we had known each other forever!! We would sit at the end of the hallway and soak up the sun while visiting. Mary was so interesting and I loved talking with her. We sat together at many activities and enjoyed each other's company. I am so grateful that my life was blessed by Mary!! Such a sweetheart!! My thoughts and prayers are with Jane and the family.
Comment Share
Share via:
T

Posted Feb 21, 2019 at 01:25am
I remember in 1st grade I went several times to your parent's house on Spear Drive after school with a friend, and we had cookies in the kitchen! I remember this fondly. We went to the Methodist Church where Rev Brownfield served. and I always thought of your mom over the years, it is a simple but cherished recollection. Sincerely, Ted N
Comment Share
Share via:
R

Posted Feb 20, 2019 at 07:52am
Jane, so sorry to hear of the passing of your Mother. Please know that you are in my prayers today for strength and peace during this time . Ron R. Bayles
Comment Share
Share via: 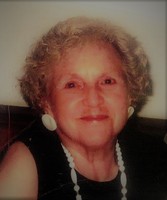